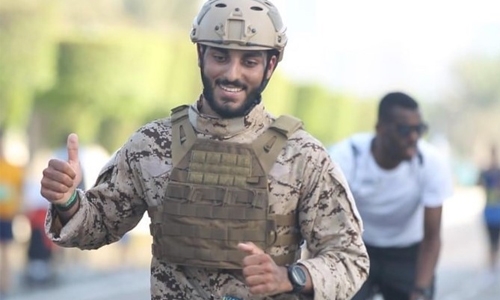 The exploit of Atiyya, who graduated from the UK-based Royal Military Academy Sandhurst, is a source of pride and inspiration for Bahraini youth, as he ran the entire marathon in full military uniform and was recognised by the Guinness Book of World Records for that unique achievement.

HM the King and HRH Prince Salman affirmed that Atiyya’s accomplishment is a catalyst for Bahraini athletes to continue earning the country more achievements, wishing him further success in the coming competitions.

Atiyya extended deepest thanks and gratitude to HM the King and HRH Prince Salman for their unwavering care for the citizens and residents.