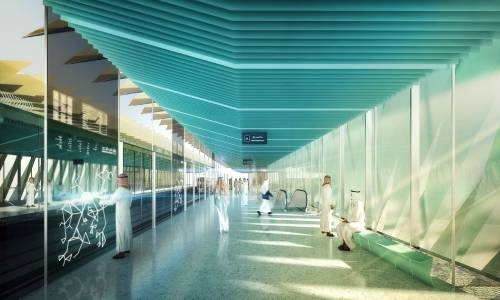 Bahrain Metro invites firms to work on Phase one

The long-awaited Metro project of Bahrain has started rolling with the Ministry of Transportation and Telecommunication launching a “pre-qualification” tender looking for firms to work on Phase one of the ambitious project.

The project, MTT said, which comprises a 109-kilometre long metro system, will be completed in four phases. The metro system will be fully automated, driverless, and utilise modern technology following international standards.

The tender seeks a “suitably experienced and qualified companies with relevant expertise to design, build, finance, operate, maintain and transfer the project.” MTT said it aims to procure the project as an integrated Public-Private Partnership (PPP) through a two-stage process comprising pre-qualification, followed by the main tender.

Based on the MERs and other considerations, the ministry will invite pre-qualified applicants to participate in the next stage.

The move also follows the launch of an Economic Recovery Plan by the Cabinet chaired by His Royal Highness Prince Salman bin Hamad Al Khalifa, the Crown Prince and Prime Minister.

The plan views Metro as one of the most important strategic projects in the Kingdom to support the economy by attracting foreign direct investment and large multinational companies.

Kamal bin Ahmed Mohammed, Minister of Transportation and Telecommunications, had said, “The pre-qualification tender stage is the first step to identify a suitably experienced and qualified individual company or a consortium of companies.” The project is part of the priority projects worth more than $30 billion.

The length of phase one is 29Km, and it will include 20 sta[1]tions that will operate through two lines. The first line will connect Airport to Seef District, while the other line will connect Juffair to the educational area in Isa Town.

At the peak time, up to 43,000 passengers will be served. According to the Transportation ministry website, the metro network will connect King Hamad International Passenger Station through the first phase A using an 8 km line having four stops.

The ministry is also studying Phase two that will link the King Hamad International Passenger Station in the Ramli area with the Sports City and Bahrain International Exhibition and Convention Centre in the Sakhir area with an 18 km long line having five stops.

The project aims at developing an “efficient public transport service by introducing a state of-the-art Metro System,” said the ministry. The tender will close, receiving bids, on the 2nd of March 2022.

SNC-Lavalin Major Projects, which quoted BHD 595,650.000 was the lowest bidder for a tender issued by MTT for carrying out consultancy services to prepare the Bahrain Metro corridor. Esbi Engineering and Facility management- foreign branch and Mott MacDonald Limited were the other bidders.