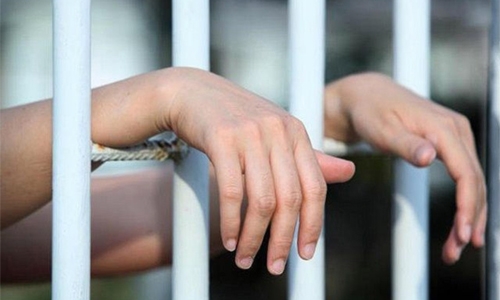 The Independent Ombudsman Office has confirmed that it practises its legal and official duties with regard to complaints and assistance requests received regarding categories of inmates at the Custody Detention Centre (Dry Dock), according to a professional work based on objectivity, impartiality and commitment to the laws related under investigation.

In a statement, the Office of the Ombudsman, underlined its keenness to inform the public about the results of its investigations, with regard to allegations that may affect their confidence, including some allegations that are sometimes raised about inmates being subjected to various types of abusive treatment or the alleged intentional deprivation of their legal and living rights in Reform and Rehabilitation Centres.

Based on its terms of reference and in order to fulfil the truth and clarify the facts of the matter, the Independent Ombudsman Office clarified the following:

• The Independent Ombudsman Office follows up the allegations published on websites and social media regarding the categories of inmates and detainees, including recent allegations about a group of inmates in their buildings in the Custody Detention Centre (Dry Dock). The Independent Ombudsman Office had previously visited the aforementioned centre on November 1, 2021, and found that these inmates were present in the centre according to judicial dictions issued before the Justice Law, and that they were able to obtain their legal rights and appropriate living and health care.

• On the same day, the Independent Ombudsman Office team visited the Custody Detention Centre (Dry Dock) to investigate the allegations. The team collected information, inspected the centre, interviewed a group of these inmates, including those whose families submitted requests, and met the centre’s administration. They found that they had several demands that included increasing the time allocated for them to go out of their cells together to the yards, keeping the cell doors open 24 hours, freedom of movement between the cells in the wards around the clock, and moving from one floor to the next inside the building without complying with the regulatory periods and changing the guard ward policemen who are in one of the buildings with other policemen. The centre’s administration indicated that all of these requests are against the law, and that response to such requests will lead to the spread of a form of unfair treatment to the other inmates who are committed to the law and the regulations of the place, and they are the majority.

• The Centre’s administration also stated that dealing with inmates is governed by rules and regulations determined by the legal reference represented in the Reform and Rehabilitation Institutions Law No. (18) of 2014, and its executive regulations issued by Edict No. (131) of 2015, in addition to the Law of Restorative Justice for Children and their Protection from Abuse, which is Law No. 4 of 2021. With regard to the issue of inmates going out to the outdoor yards to play sports, it was governed by Article (43) of the Executive Regulations of the Law of the Correction and Rehabilitation Institution, which stipulated that the period of allowing inmates to practise sports activities does not exceed two hours a day, and the administration confirmed that all the inmates are allowed to leave within the period specified by the regulations and that no inmate is deprived of going out.