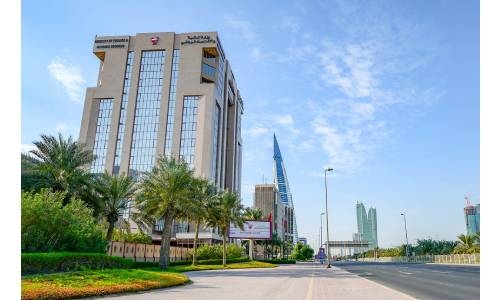 The 18th National Audit Office Annual Report finds that the public debt of Bahrain jumped at the end of the last year to BD15 billion from BD13.6 billion in 2019.

The report also finds that the total interest of loans paid in 2020 is about 665 million dinars, compared to 644 million dinars for 2019.

The NAO report also reveals that some ministries and government agencies borrowed without including their debts in the public debt registered with the Ministry of Finance and National Economy.

The ministry said that the 28% decrease in revenues was due to a decline in oil prices during 2020.

On the increase in public debt, the ministry said it’s committed to the provisions of Law No. (27) of 2020 and amending some provisions of Decree-Law No. (15) of 1977 issuing development bonds, and the first article which sets the government borrowing ceiling in the range of 15,000 million Bahraini dinars.

The ministry also confirmed that the government loans and other public debt instruments issued are in the public debt registry.

On the loans not included in the public debt, the ministry said these are for government agencies with an independent budget that borrows based on Article (108) of the Constitution, which states that “the local municipalities or public institutions may lend, borrow or guarantee a loan as per their laws.”

“These debts are not repaid through the general budget, and the government does not guarantee loans, and therefore are not included within the public debt monitoring.”

On the 43% decrease in the future generations reserve, the ministry said it withdrew US$250 million from the account to support the state’s general budget to reduce the repercussions of the pandemic during 2020.