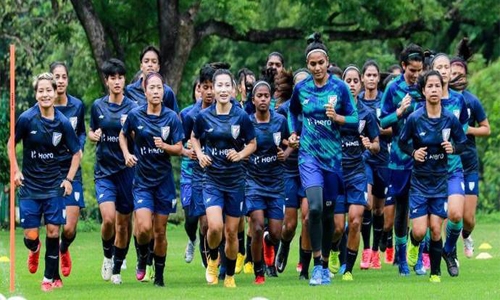 After setting up camp in Jamshedpur, Jharkhand for around a month, the Indian Women’s Team will travel abroad on an exposure tour as part of its preparation for the AFC Women’s Asian Cup, which is set to take place in India next year.

The Indians, who are ranked 57th in the world FIFA rankings, are set to leave for UAE on Thursday, September 30, where they will play two friendlies against the United Arab Emirates and Tunisia.

After the two friendlies in the UAE, the Indian Women’s Team will then travel to Bahrain to play two more friendlies against Bahrain and Chinese Taipei.