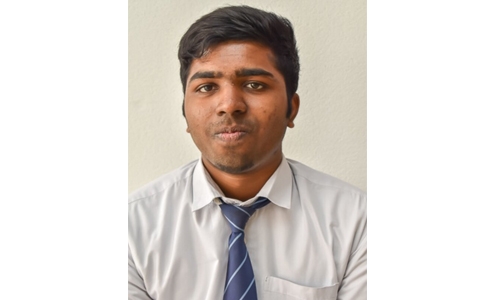 A former Bahrain student died earlier today (June 7) at his native in the south Indian state of Kerala while he was preparing to travel to the kingdom tomorrow (June 8) to visit his family.

Abhinand Thekoottu Abhilash passed out from The Indian School Bahrain (ISB) last year and was currently pursuing his under graduation at St. Joseph’s College, Bengaluru, in the neighbouring state of Karnataka.

According to sources, the 19-year-old was at a hospital in Thrissur to get an RT-PCR test done as part of the formalities to travel to Bahrain.
However, just as he was leaving the hospital with a negative test result while speaking on the phone with his mother, he reportedly fell unconscious and died.
At the time of writing this, the cause of death was unknown and an autopsy is awaited.

His mother Jyothi Abhilash is a Computer Science teacher at the ISB since 2007 and his father Thekkoottu Hariharan Abhilash works at Mechanical Contracting & Services Company WLL (MCSC) in Riffa. His brother Abhijith is a class six student at ISB. The family has supposedly flown to Kerala for the funeral.