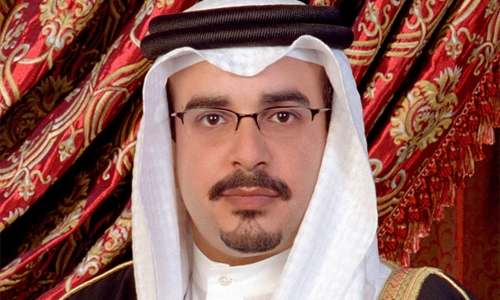 His Royal Highness Prince Salman bin Hamad Al Khalifa, the Crown Prince and Prime Minister, yesterday warned that Bahrain would not overlook any encroachment on its marine and natural resources. “Bahrain attaches prime and permanent national priority to the safety of its citizens and residents and preservation of natural resources, and that any encroachment on this will not be overlooked,” said HRH Prince Salman.

His Royal Highness Prince Salman said this while conveying his condolences to the family of the martyr of duty, Corporal Ammar Ebrahim Essa, and his wishes for a speedy recovery for the injured Coast Guard members.

Prince Salman also directed the Ministry of the Interior and the Royal Fund for Fallen Servicemen to immediately support the families of Corporal Ammar and those who are injured.

“These aggressions have caused Bahrain to lose one of its precious and honourable children today,” said HRH Prince Salman. “Those involved in this crime are not only those who exploit labour, rent ships and follow illegal fishing methods but also those who purchase such commodities during the prohibition periods set to preserve the marine resources.

His Highness noted that the sacrifices of our law enforcement personnel are our badge of honour and remain a source of national pride.