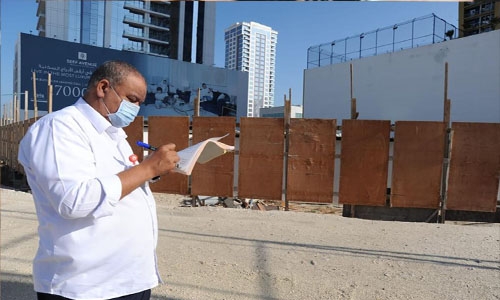 The Capital municipality has kick-started a campaign to identify properties with dilapidated fences - a violation by Bahraini law.

The Director-General of the Capital Municipality Al-Muhtadas Muhammad Saad Al-Sahli said the municipality had formed a team to identify all such violating properties in the capital.

The team has started notifying the owners of such properties in the capital to correct the violations.

The campaign, Al Sahli said, aims at preserving the general characteristics of the structures in the area.

He pointed out that the shabby state of the structures is mainly due to negligence.

The Director-General said that Article (14) of the Public Road Works Law promulgated by Decree-Law No. (2) of 1996 authorises the municipality to remove violations by administrative methods at the expense of the violators.

Al Sahli called on property owners to renovate structures on their properties, including fencing, befitting the general appearance of the capital and ensuring the safety of passers-by and visitors.