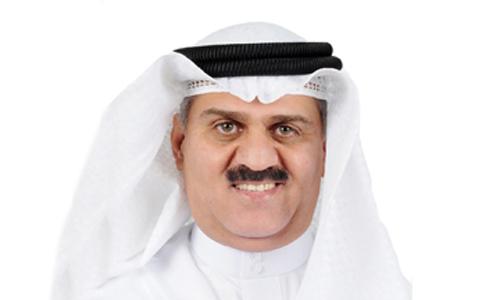 Speaker of the Representatives Council Ahmed Al Mulla will lead the kingdom's parliamentary delegation to the 133rd Assembly of the Inter-Parliamentary Union (IPU) and related meetings, set to be held in Geneva from October 17 to 21. Al Mulla is expected to deliver a statement at IPU's Assembly in which he will highlight the kingdom's multiple reforms in the political and parliamentary fields, as well as the economic challenges, the terrorist acts and the humanitarian crisis resulting from the current situation in the region. The 133rd IPU Assembly, themed the "The moral and economic imperative for fairer, smarter and more humane migration", will feature the meetings of various committees, a panel discussion on the "Parliamentary action in meeting international commitments to counter terrorism" and a parity debate on "Parliamentary oversight and political will". First Deputy Speaker of the Council of Representatives MP Ali Al Aradi will take part in the meeting of the Committee on the Human Rights of Parliamentarians in which he is a member. The First Deputy Chairman of the Shura Council Jamal Fakhro and MP Isa Al-Koheji will participate in the meetings Standing Committee on Sustainable Development, Finance and Trade, whereas Second Deputy Chairman of the Shura Council Jameela Salman and MP Jameela Al-Sammak will participate in the meetings of the Standing Committee on Democracy and Human Rights. MP Isa Al-Koheji and Shura Council member Sayed Dhiya Al-Mosawi will take part in IPU's Young Parliamentarians Forum. Shura Council member Sawsan Taqawi and MP Mohammed Al-Jowdar will participate in the meeting of the Standing Committee on Peace and International Security, while the Secretary-General of the Councilof Representatives Abdulla bin Khalaf Al-Dossari will participate in the IPU's Association of Secretaries General of Parliaments. Shura Council member Jamal Fakhro and MP Adel Hameed will represent the kingdom in the parity debate on "Parliamentary oversight and political will". The kingdom will also be represented by MP Adel Hameed and Mohammed Al-Jowdar and Shura Council members Sayed Dhiya Al-Musawi in the panel discussion on the "Parliamentary action in meeting international commitments to counter terrorism". The 133rd IPU Assembly and related meetings will also feature a presentation on "Democracy in the digital era and the threat to privacy and individual freedoms, and experts hearing on "Terrorism: The need to enhance global cooperation against the threat to democracy and individual rights", a segment on "Parliamentary contribution to the 2015 UN Climate Change Conference", a debate on Debate on "Ensuring lasting protection against destruction and deterioration for the tangible and intangible cultural heritage of humanity", an open session of the Committee to Promote Respect for International Humanitarian Law and a discussion on the role of the International Court of Justice (ICJ) in the settlement of international disputes The parliamentary delegation's participation in IPU's Assembly and related meetings aims to highlight the kingdom's landmark strides in various fields, inform the international public opinion about the fruitful results of the His Majesty King Hamad bin Isa Al Khalifa's pioneering Reform Project. It also aims to project the real image of the situation in Bahrain regarding its security and stability.

Chattels get new lease of life with artistic touch