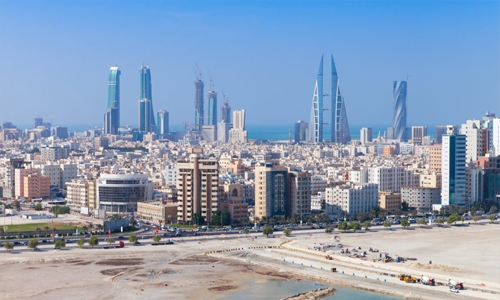 MPs have passed a bill that aims to increase the period set for a foreign worker to spend with an employer, from one year to three years, as a precondition for the right to move to another employer.

MP Dr Sawsan Kamal expressed her rejection on the proposal, saying: “The extension of the period of compulsion is a step backwards and a violation of human rights represented in the free movement of the worker. It is a clear return to the sponsorship system that we have gone beyond by looking at the worker’s rights and not violating them.”

The bill aims to amend Paragraph (a) of Article (25) of Law No. (19) of 2006 regarding the regulation of the labour market and its amendments and the corrective measures for the residency of tens of thousands of workers.

Dr Kamal said it was inconsistent with the International Convention for the Protection of the Rights of All Migrant Workers and Members of Their Families, as well as the principles of the International Labour Organization.

“These international conventions and principles do not allow restricting the freedom of the worker to move from one job to another,” said Dr Kamal said. “We are proud in the Kingdom of Bahrain that we are the first Gulf country to abolish the sponsorship system by issuing Law No. 19 of 2006. Some of the Gulf Cooperation Council countries followed us.”

Deputy MP Falah Hashem confirmed that the work permit for the worker is two years while the proposal exceeds the first work contract. “This proposal contradicts international agreements signed by Bahrain, Deputy MP Hashem said, indicating that it will again open the door for the implementation of the sponsorship system.”

One of the sponsors of the proposal, MP Mamdouh Al Saleh, said that it would secure practical stability for employers and the survival of their workers, pointing out that international organisations close their eyes to European countries and are biased against the Gulf states.

“This law will also protect the rights of the Bahraini employers,” he said.