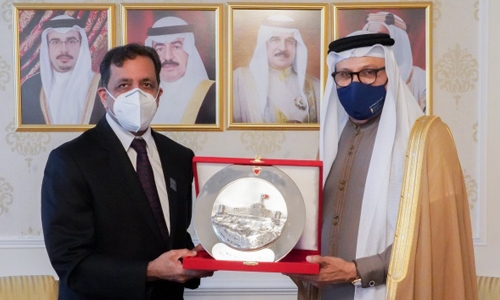 He also noted keenness of the two countries on bolstering joint bilateral cooperation to meet their common aspirations and goals, wishing the Ambassador continued success in his diplomatic duties.

Ambassador Mahmood expressed utmost appreciation to Dr Al Zayani and to all officials for the constant support he received, which contributed to facilitating his diplomatic work in the Kingdom of Bahrain, wishing the country further progress and prosperity.