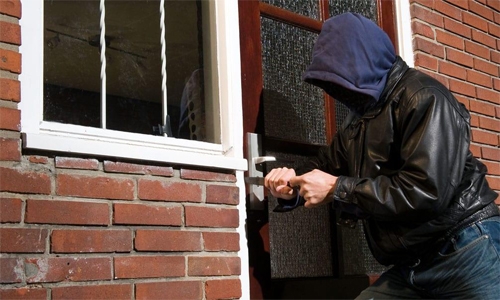 A 26-year-old man was arrested for burglaring a florist shop in Hidd. The police are withholding his nationality.

The arrest took place after a video of the burglary went viral on social media. It is this video that caught the attention of the Muharraq Governorate Police that initiated an investigation.

A search operation led to the identification and arrest of the suspect.

According to police record, the suspect used a sharp tool to pry open the door of the shop and stole cash and a mobile phone from the florist shop.

A 23-year-old supposedly helped the suspect sell the mobile phone. The case is now with the Public Prosecution.