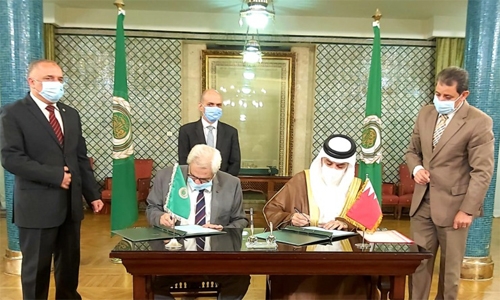 On behalf of the Government of Bahrain, the Ambassador of the Kingdom of Bahrain to the Arab Republic of Egypt and the Kingdom's Permanent Representative to the League of Arab States, Hisham bin Muhammad Al-Jowder signed the Statute of the Arab Federation of Nature Reserves.

The Ambassador affirmed that the Kingdom of Bahrain, under the leadership of His Majesty King Hamad bin Isa Al Khalifa, remains supportive of all that benefits the Arab world. He also noted that signing this agreement reflects the Kingdom’s belief in the importance of strengthening Arab cooperation in various fields, especially in issues related to environmental affairs and natural reserves.

The League of Arab States commended the Kingdom’s signing, considering it a positive step to have it enter into force.