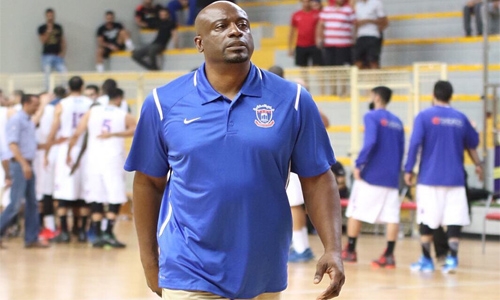 The Bahrain Basketball Association (BBA) has begun its final preparations to host two groups of qualifying games later this month for the FIBA Asia Cup 2021.

The qualifiers will be held from November 26 to 30 at the Khalifa Sports City arena in Isa Town, with the participation of Iraq, Lebanon, India and hosts Bahrain in Group A, and the Philippines, Thailand, Indonesia and Korea in Group D.

According to international reports, the Koreans have withdrawn from competing in the upcoming games in the Kingdom but a BBA source told TDT that this has yet to be officially communicated to Bahrain and all is work is being done to welcome all the teams.

All preparations have been stepped up and are expected to be completed in the coming days.

Yousef emphasised that the Ministry of Youth and Sports Affairs has contributed greatly to achieving progress in accomplishing the work done, most prominent of which is the installation of the hardwood floor designated for the games, as well as electronic screens and special seating for the players, team staff and game officials.

The Bahrainis will be playing two games in the upcoming qualifiers, first against Iraq on November 27 and then against India on the 29. They are currently preparing for those games behind closed doors with head coach and 1986 NBA champion Sam Vincent. Bahrain have already taken to the hardwood twice earlier this year, including a 68-67 win at home against India, which they followed with a 73-116 loss to Lebanon in Beirut.

The nationals are hoping to finish, as one of the top two teams from qualifying’s Group D in order to book their tickets to the FIBA Asia Cup. If they finish third, they will have to play in another stage of qualification for a chance to claim one of four other spots up for grabs for the 2021 FIBA Asia Cup. If they finish last, the Bahrainis will be out of the running for a tournament berth.

India's Economy To Return To Normal Faster Than Expected: Barclays