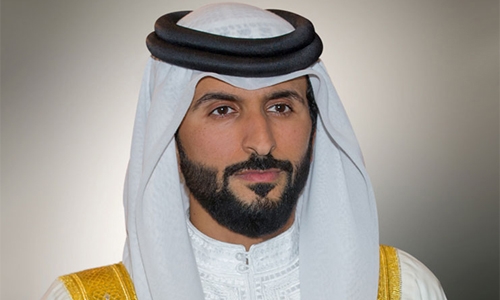 His Majesty the King for Humanitarian Works and Youth Affairs Representative His Highness Shaikh Nasser bin Hamad Al Khalifa is the keynote speaker at the opening of the 2020 Youth Summit today.

Organised by the Ministry of Youth and Sports Affairs, the two-day event will be held through remote visual communication technology.

Nine ministers will hold discussions with the youth about the challenges facing their sec- tors, and listen to the latter’s viewpoint on solutions and ideas to overcome them.

In a statement, Al Moayyed said: “The Youth Summit 2020 comes in line with the royal directives of His Majesty King Hamad bin Isa Al Khalifa to give the youth great attention and real role in decision-making as they are the future. “The Youth Summit represents an aspect of the government’s priorities, on top of which is empowering young people and raising the level of their participation in decision-making.”

Al Moayyed said the participation of Shaikh Nasser in the opening session of the summit confirms His Highness’s keenness to give the youth an opportunity to present their ideas for building the future of Bahrain, overcome the challenges, and encourage them to take an active role in decision-making.

After the summit, a final report will be prepared that includes the proposals and recommendations put forward by the youth as outputs to be applied to overcome challenges in various sectors.

History is made: First passengers ride the hyperloop