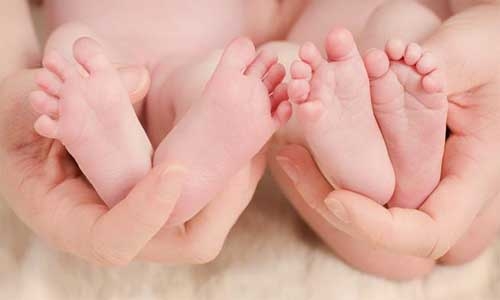 A doctor at the Salmaniya Medical Complex (SMC) has been suspended following investigation after a set of twin babies declared dead by the hospital and handed over to their father were later found to be alive during their burial ceremony.

An urgent investigation was launched into the shocking incident at the hospital where the infants were born a week ago.

According to a footage that was widely circulated online yesterday, a Bahraini man claimed that his premature twin baby girls were proclaimed dead by the hospital and handed over to him "in bags". However the children were found to be alive at the time of their burial at the Bilad Al Qadeem graveyard in the Capital Governorate.

Soon, the man rushed the babies to the SMC, but he ended up heartbroken once again, with both of them failing to survive the horrific ordeal.

A document the father shared online, claiming to be the hospital report, revealed that he received the babies’ “dead bodies” on October 16, a day after they were born. The report mentions that one of the babies had died even before the father reached the hospital hearing about their birth while the other died at the neonatal intensive care unit a few hours later.

According to the report issued by the SMC’s Chief of Medical Staff, the patient (mother) came to the hospital on October 15, 2020 at 8pm. She was into her 22nd week of pregnancy and was brought in a critical condition. Following the delivery and medical examination, one baby was declared dead while the other showed some sign of life and was immediately shifted to the neonatal intensive care unit for premature infants. However a while later at 9.30 pm, she was also declared dead.

Health Ministry affirmed that an investigative committee, under the chairmanship of SMC Chief of Medical Services Dr Nabeel Al Asheeri, was immediately formed after being notified about the incident. “A doctor was suspended from service at the SMC until the completion of the investigation committee's work," Dr Al Ansari confirmed.

He emphasised that necessary legal steps will be taken against those responsible, adding that the investigation was being carried out in cooperation with the Health Ministry and the National Health Regulatory Authority (NHRA), under direct supervision of the Supreme Council of Health.

"Providing distinguished services to the visitors of SMC and all government hospitals and maintaining the health and safety of everyone is a permanent priority. It is not possible to be lenient or hesitant in taking what is required against those who fail to perform the tasks entrusted to them, in accordance with the approved medical procedures and standards," Dr Al Ansari added.