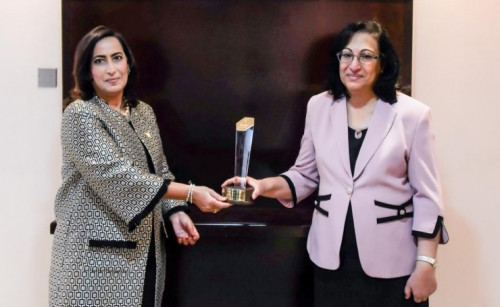 NHRA won the 2020 Service Excellence Award within the National Suggestion and Complaint system ‘Tawasul,’ in terms of speed and efficiency of response to customer suggestions and complaints. It was among the winning government agencies honoured during the virtual ceremony held yesterday under the patronage of His Royal Highness Prince Salman bin Hamad Al Khalifa, Crown Prince, Deputy Supreme Commander and First Deputy Prime Minister.

The minister congratulated the authority on this honorable achievement, which comes in appreciation of their role in enhancing communication with its employees, the health sector and the general beneficiaries of health services, in a way that contributes to achieving the government aspirations of communication approach, performance excellence and community partnership. Dr Al Jalahma expressed her appreciation to the royal leadership for the unlimited support to health sector.