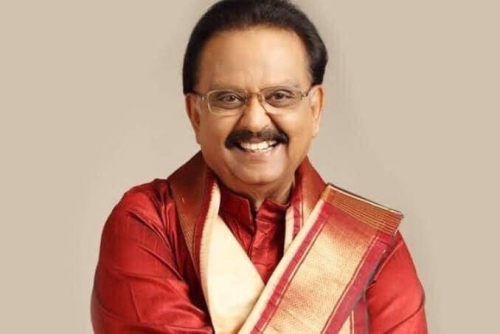 Chennai: Indian legendary playback singer SP balasubrahmanyam, populary known as SPB, succumbed to death on Friday after battling with severe lung disease in a private Hospital in the Indian city of Chennai. On August 5 he was admitted to the MGM health care facility where he was tested positive for Corona virus infection.

From August 14, he was living with help of ventilator and later showed signs of recovery. On September 7 he was tested Covid negative. His Son SP Charan also expressed hope on his recovery through social media and his large fan base all over the world was following his son’s social media posts to know the wellbeing of the musical maestro.

In the 50 year long singing career, he sung more than 40,000 songs in Tamil and several and other Indian languages. He was also awarded ’padmabhhushan’ one of the highest civilian awards given in India, the 74 year old was born in 1946 started his play back singing career in 1966. In 1969  he won the best play back singer award from the government of Tamil Nadu.

Apart from a singer he also acted in many roles in about 70 Indian movies. His loss has certainly left a great void in the industry and also in the hearts of millions of fans. In Bahrain too there was a huge fan base for him and he had visited the country several times.