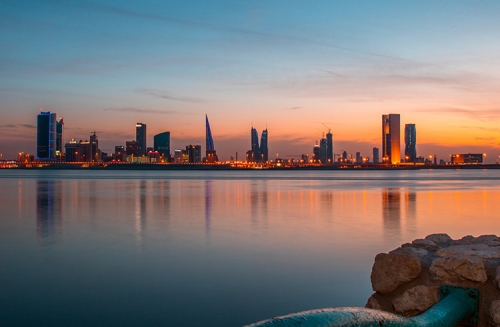 That time of the year has come for us to tuck away the summer memories and get ready to explore and enjoy the cool and crisp weather of the magical Autumn.  According to the astronomical calendar, the seasonal transition occurs on September 22, the date of the Autumn equinox. Astronomer Muhammad Reda Al-Asfour says signs are already here for us to know that nature is gearing up for the equinox.

But do you know where exactly is the best place to spend the Autumnal, or fall equinox?  The answer probably is at a Mayan pyramid.  Yes, you heard it right! For the Mayans, these days were of supreme importance, and they paid homage to these celestial positions.

So, if you could, venture to the ancient city of Chichén Itza in the Mexican state of Yucatán on a spring or autumnal equinox, to get awed by the astounding performance of the Sun’s descent from the top of the Temple Kukulcan.  The staircases are built at a carefully calculated angle that it looks like an enormous snake of sunlight slithers down the stairs on the day of the equinox.

Also, know that it is not just Mayans, but many cultures around the world hold feasts and celebrate festivals and holidays to mark the September equinox. This Tuesday, on 22 September 2020, at 4.30 pm, here in Bahrain also Autumn will mark its entry with the phenomenon known as “autumnal equinox”. The season will last for 89 days, 20 hours, and 31 minutes.

Astronomers say an equinox happens when the Sun shines directly on the Equator.  In other words, the September equinox occurs the moment the Sun crosses the celestial Equator – the imaginary line in the sky above Earth’s Equator – from north to south. This happens either on September 22, 23, or 24 every year.

Also during equinox night and day are nearly the same length -12 hours, all over the world.  However, understand that equinoxes are not day-long events, even though many choose to celebrate all day. Instead, they occur at the moment the Sun crosses the celestial equator – the imaginary line in the sky above Earth’s Equator.

Explain- ing Al Asfour said, “ On the day of the autumnal equinox, the Sun will rise completely from the eastern point and set completely from the west point, while its position gradually tilts towards the south.” “The Sun’s rays on this day will be completely perpendicular to the equator as night and day are roughly equal.”

On next Sunday, Bahrain will experience the same length of the day, and night, he said, “with the Sun rising at 05:28 am and setting at 05:28 pm with midday at 11:28 pm.” Explaining, he said the onset of autumn in the northern hemisphere means, “night begins to increase at the expense of day, and temperatures begin to gradually decrease.”

The phenomenon will continue until 21 December 2020 to the day of the “winter solstice” in the northern hemisphere, and the “summer solstice” in the southern hemisphere. He explained that the four seasons occur as a result of a tilt of the earth’s axis by 23.5 °, and its rotation around the sun in an elliptical orbit, causing Sun’s rays to fall at different angles on every passing month.