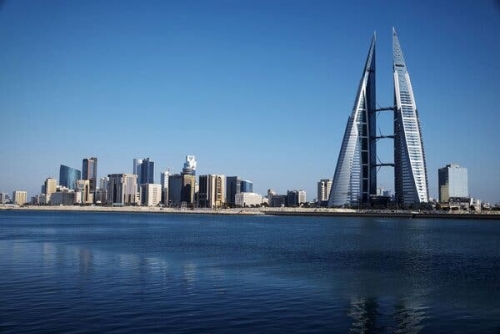 A greater amount of focus is required to achieve gender balance in workplaces in the Kingdom, where challenges are in plenty for Bahraini women, a new gender balance report says. The report, which endorses the best practices and recommendations aligned with the Supreme Council of Women, measures the progress of the female in three areas and singles out employment as the area having the most disparity in the Kingdom.

The report also expresses concerns on the considerably lower than the global average of the female participation rate in the MENA region, which is now at 26.1pc - a “very high disparity in the employment market,” the report points out. In Education, according to the report, the disparity between male and female graduates is relatively low at 4.7pc.

Out of the three sectors studied, society, the report says, is the lowest category of concern with a disparity of 2.3pc. Women enjoy greater social support The report finds that women enjoy widespread support in Bahrain, owing to several initiatives launched in her favor.

“This includes work-life balance, family support, funding opportunities, and other factors.” The report, which also analyses opportunities for females in the FinTech space, finds only a narrow gap exists between male and female general employees, where 30 pc of the FinTechs surveyed have females in their founding team.

The Gender Balance report attributes this achievement to Bahrain’s readiness to venture into the FinTech field in regards to having the overall foundation for talent, infrastructure, programs, and regulations. Financial services industry In Bahrain’s financial services industry, the report sees a gradual increase in female representation, where the rise is 3.3pc over the last ten years.

The increase is attributed to an uptick in job opportunities in the industry, with the focus being is on innovation and strategy. However, according to the Bahrain Ministry of Education, there is a gradual decrease in female representation in degrees that are relevant to the financial services industry.

Citing an uptick in training programs for developing the technical skills of females, the report expects things to get better in the coming years. Bahrain, the report, citing Startup Genome report 2019, says have a globally high percentage of female founders, but that is lower in the context of FinTech, where the number of female founders is 30pc of the surveyed FinTechs.

The upper-management in FinTechs also appears to share similar results while general employees otherwise suggest a narrower gap between male and female, the report adds. The recommendation The report recommends promoting opportunities in the industry in the upcoming years regardless of sex, to increase female representation in upper-level management by implementing national targets for female board positions and promote a flexible working environment to encourage female employment among others.

The report also recommends encouraging students to pursue STEM degrees as it will lay the foundation and lower the barrier to entry to emerging industries. Capacity building, mentorship, and training are the other areas the report suggests improvement to alleviate the challenges faced by employees to improve their career opportunities. The report also points out that Bahrain has recorded advanced efforts in balancing the existing gap between males and females, specifically in the financial sector.