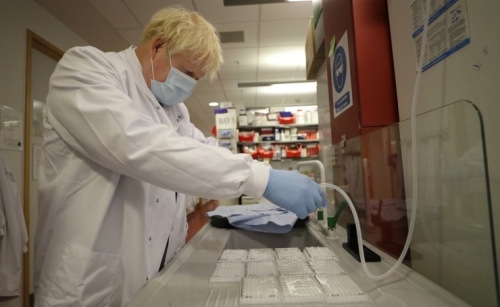 England is set to impose tough fines for breaches of self-isolation rules in the coronavirus pandemic.

People in England who refuse an order to self-isolate may face fines of up to 10,000 pounds ($12,900), Britain's Press Association newswire reported on Saturday amid deepening concern at the sharp upsurge in coronavirus infections, Deutsche press agency (dpa) reported.

Ministers will impose a new legal duty on people to self-isolate if they test positive for Covid-19 or are told to do so by England's NHS Test and Trace after coming into contact with someone with the virus.

According to the report, the new regulations will come into force in England on September 28, although ministers are in discussion with the administrations for Scotland, Wales and Northern Ireland about extending them across the United Kingdom.

With new cases of the infection doubling every week, Prime Minister Boris Johnson said the measures were necessary to control the spread of the virus and to protect the most vulnerable from becoming infected.

"The best way we can fight this virus is by everyone following the rules and self-isolating if they're at risk of passing on coronavirus," Johnson said, announcing the new rules.

The government is also considering a limited return to a nationwide lockdown.

According to a report in the Financial Times, the government's scientific advisory body recommended a two-week lockdown during the school holidays in October in order to get a grip on the sharply rising number of infections.