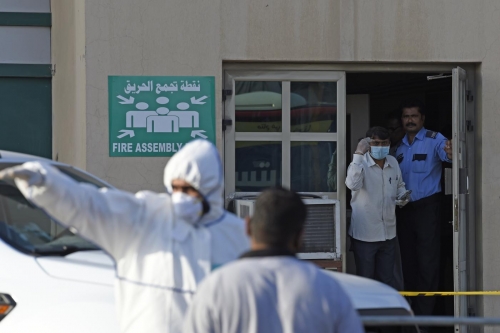 The coronavirus (COVID-19) took three lives in Bahrain yesterday, while a whopping 841 new active cases were reported by the Ministry of Health. The deceased were three male expatriates, aged 42, 44 and 66. Their passing brought the virus-related death toll in the Kingdom to 216. The ministry expressed its sincerest condolences to the victims’ families.

Meanwhile, the ministry announced that it had conducted 12,299 tests yesterday, and the number of new cases was among the highest single-day totals registered in the Kingdom. The fresh infections included 124 expatriate workers, 716 contacts of active cases, and one travel-related case.

Their detection brought the overall total cases in Bahrain, ever since the first case was reported in February, to over 62,000 at 62,484—just one day after the count surpassed the 61,000-mark. There were also 613 new recoveries, bringing the discharged total to 55,444. The total active cases rose to 6,824—140 of which are receiving treatment with 38 in critical condition. Tests conducted rose to 1,288,374.