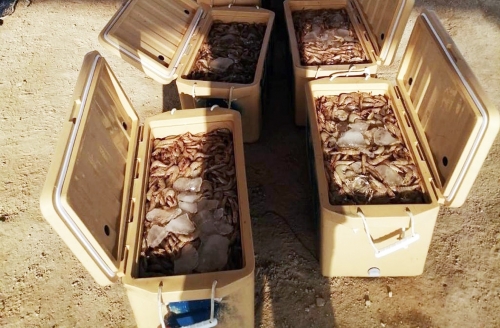 The Coast Guard Commander stated that as part of the Coast Guard's efforts to address violations related to fishing and the tools used in it, the Coast Guard Command's ground support patrols managed to seize a person in possession of about 180 kilograms of shrimp on the coast of Karana, who was caught by bottom trawls. Kufa), which is prohibited from being used according to Ministerial Resolution No. (205) of 2018 regarding the prohibition of fishing by bottom trawl nets.

The Coast Guard commander indicated that the necessary legal measures have been taken, in preparation for referring the case to the Public Prosecution.