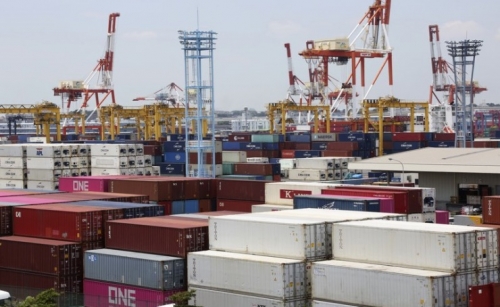 Japan’s trade surplus widened in August as the pandemic pummeled a wide array of industries and sapped consumer demand.

The 15% drop in exports from a year earlier was outpaced by a more than 20% decline in imports, according to preliminary data from the Finance Ministry released Wednesday.

In one rare bright spot, exports to China rose 5%. But both exports and imports with the U.S. fell more than 20%, helping reduce the politically sensitive trade surplus by 20% to 373 billion yen ($3.5 billion), according to The Associated Press (AP).

Many Japanese manufacturers provide chemicals, equipment, and components for products assembled in China. Robust exports have helped drive growth in recent years but suffered as China’s economy slowed and the pandemic took hold.

The pace of the decline in exports has been lessening as pandemic-related shutdowns in China, the U.S. and Europe eased. Exports fell 28% year-on-year in May, 26% in June, and 19% in July.