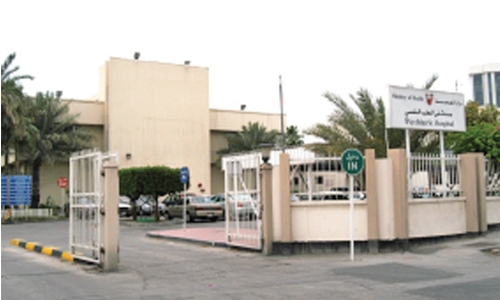 The Fourth Criminal Court ruled that a car arsonist cannot be held resposnisble for his crime for he was suffering from a mental illness at the time of the crime.

The court also ordered to house the man in a psychiatric facility for treatment.

The incidents leading to the case occurred when a car, owned by a company, was driv- en by a man to his friend staying in Al-Suqiyyah area.

However, after reaching there and parking the car, the vehicle mysteriously ended up in flames, at the spot where it was parked.

Civil defence forces were called in, who managed to put out the fire swiftly.

Investigators said they believe the fire was started delib- erately and launched an arson investigation.

Initial inquiries suggested the use of accelerants to start the blaze. Footages from a nearby security camera showed a per- son pouring a liquid on the car and setting it on fire.

The ensuing investigation led to identifying the suspect, who readily admitted to investiga- tors what he had done.

He also told investigators that he planned to burn the car three days ago over a personal dis- pute with the owner of the car.

The attorney of accused en- tered a not guilty plea before the court citing medical reports that the suspect was within an irrational mindset at the time of the alleged offence.

The court then ordered the suspect to undergo psychiatric assessment to find out whether the defendant had the mental capacity to distinguish between right and wrong at the time of the crime.

The psychiatric report con- cluded that the accused was not responsible for his actions.

The committee also recom- mended to admit him to a psy- chiatric clinic for treatment.

The prosecution had charged the defendant on 20/9/2019 with intentionally setting fire to a vehicle owned by a finan- cial company, and endangering people’s lives.

Man gets 3 years in jail for stealing phone, wallet