Let’s not be selfish! | THE DAILY TRIBUNE | KINGDOM OF BAHRAIN 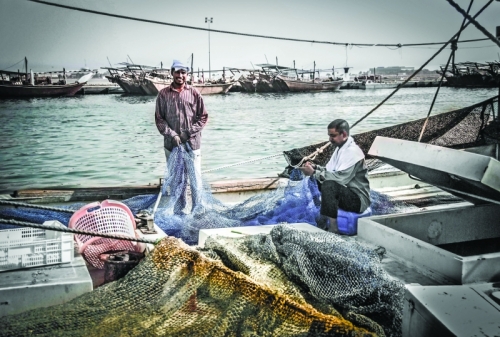 Let’s not be selfish!

Ban on fishing practises that decimate marine life during breeding season is a global custom to help replenish the dwindling the marine resources, said a top marine expert.  The effort is necessary for ensuring the preservation of marine life, which is also the key to achieving marine food security, said Khalid Abdulla Al-Shirawi Maritime Control Director at the Agriculture and Marine Resources in the Ministry of Works, Municipalities Affairs and Urban Planning to AlAyam.

There is currently a ban in place on the fishing and sale of Shrimp here in the Kingdom, which would end on July 31. The six-month ban as per resolution No. 18 for the year 2020 began on February 1.  Al-Shirawi said the shrimp fishing ban enforced in the Kingdom was part of a wider effort, which also caters to other areas to ensure the protection of our resources from depleting.

Its implementation started in 2018.” Al-Shirawi further pointed out that there is a ban on shrimp fishing with benthic trawl nets (Al-Karaf - Al-Kufa) as per Resolution No. (205) for the year 2018 of November 15, 2018.   Authorities here, he said, is also enforcing a ban on catching Kingfish with nets in the local water from August 15 to October 15 each year.

The move comes in implementation of a decision of the GCC Agriculture Affairs Committee, taken at its 23rd meeting in Riyadh (Saudi Arabia) on June 16, 2012, which stipulates that the GCC member-states shall take all necessary measures to protect kingfish. These include increasing the size of meshes on fishing nets and fixing a season when fishing (with nets) is banned.

The ban was first implemented in 2015 in line with the GCC decision, said Al-Shirawi. On this note, the Maritime Control Director pointed out, “not hunting marine species carrying eggs during the breeding season is essential for preventing the fish stock from depletion.”

“The ban in the breeding season is one of the most effective scientific methods in maintaining the fish stock, and these methods are followed all over the world.” Al-Shirawi said that the Agriculture and Marine Resources Agency is cooperating with relevant authorities here to implement these decisions.

“We have a clear working mechanism where the Maritime Control Administration, the General Command of the Coast Guard and the Supreme Council for the Environment work hard to maintain the Kingdom’s precious marine resources.”

More marine patrols Looking ahead, Al-Shirawi, the Maritime Control Director, revealed that there is an integrated plan to educate the fishermen on the necessity of preserving marine life and increase marine patrols to implement the law effectively and control the violating fishermen.