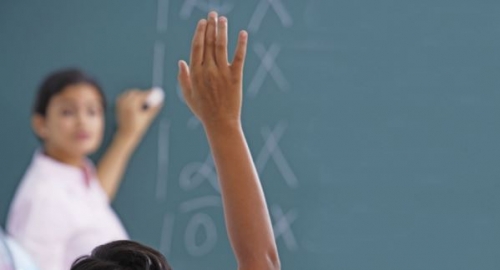 A local private school which reportedly informed 10 of its Bahraini teachers that they will be laid off by the end of next month has withdrawn its decision after some “timely intervention” by authorities, TDT has learnt. This was recently confirmed by MP Fatema Al Qatari a few days after she demanded the Labour and Social Development Ministry to interfere and halt the school’s decision to sack the female teachers.

Al Qatari said in a statement issued last week that the teachers received notifications from the school, informing them about its decision to shut down the nursery in the facility and terminate their work contracts by the end of August of this year. “These teachers have more than 14 years of experience in the field,” said Al Qatari, who also heads the Woman and Child Committee in the Council of Representatives.

She demanded that the Ministry launch an urgent probe into the matter and to verify the school’s justification for resorting to terminating the contract with these teachers, which exposes them to “the risk of unemployment and accumulated financial obligations”.

Al Qatari later confirmed in a press statement that “the efforts to halt the school’s decision to lay off the 10 female teachers were fruitful, and they will be retained in the nursery department”. The lawmaker praised the Labour Ministry, the Supreme Council for Women (SCW), and the Education Ministry for their timely intervention and for finding solutions to solve the matter and assist the teachers, who were at risk of losing their source of income.

Al Qatari added: “Solving the problem of the teachers reflects a bright picture of positive and fruitful cooperation between members of the Legislative Authority and official institutions. This cooperation pushes for more coordination for the benefit of the country and all citizens.” There was no mention in the MP’s statements of the name of the school and no comments were available from the Labour Ministry, the Education Ministry or the SCW on the matter.