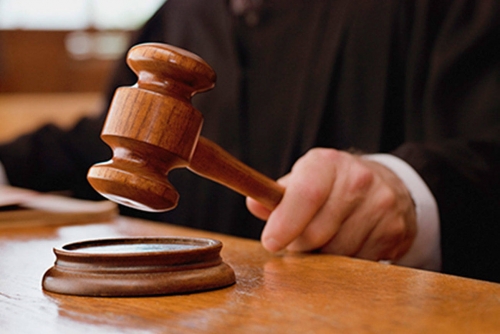 A man convicted of assaulting two women in the Capital Governorate two years ago had his imprisonment upheld by the Minor Criminal Court on Monday. The man was sentenced in absentia to three months of imprisonment and fined BD200 to suspend the execution of the verdict. The court also ordered him to pay BD450 in compensation to the plaintiff (one of the victims).

According to the victim’s attorney Ebtissam Al Sabbagh, the incident occurred at 2.30am on April 17, 2018, near a hotel in Seef District. Al Sabbagh explained that her client and a female friend were in the former’s car at the parking lot of the hotel after they finished having dinner at one of the restaurants inside.

“The defendant, along with a male friend, suddenly parked his car near my client’s car,” the lawyer said. “He then asked both women to get in the car with him and his friend. An argument erupted after the women rejected the defendant’s request.”

She explained further saying: “The defendant then got off the car and proceeded to attack both women by pulling them out of the car, shoving them, and kicking them in different parts of the body, mainly the head. Both victims suffered several fractures and bleeding in the face.”

Medical reports showed that Al Sabbagh’s client suffered from bruises, broken bones in the face, bleeding in the sinuses, head pain, and bleeding in the right eye pocket, which required a surgical procedure. The victim reported the matter to the police the next day and an investigation soon led to the identification and arrest of the attacker.

At the police station, the defendant confessed to the crime after he was confronted with the evidence and footage captured by surveillance cameras at the hotel, showing the entire incident. Despite his confession at the police station and in the interrogation of the Public Prosecution, the defendant pleaded not guilty and denied all charges before the court. However, the court issued the aforementioned sentence against the defendant, who appealed against the conviction and got his plea rejected on Monday