Another grim milestone | THE DAILY TRIBUNE | KINGDOM OF BAHRAIN 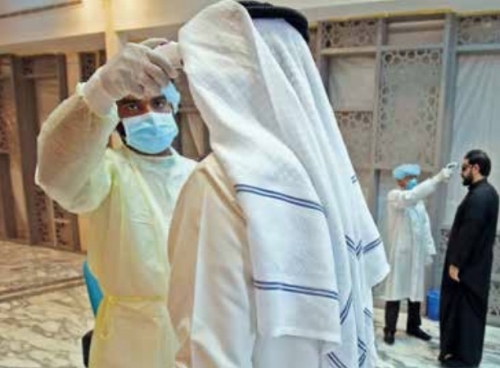 The number of coronavirus (COVID-19) cases in the six nation Gulf Cooperation Council is fast approaching 500,000 cases, reminding us once again of the need to remain vigilant as policy makers continue to lift restrictions imposed to curtail the spread. A disturbing factor is the prevalent illnesses such as hypertension and diabetes among the population in the Gulf region.

Positive news, amidst all the alarming numbers however, is the high rate of recoveries in the GCC, thanks to intense screening, quarantine measures and testing for COVID-19 cases. What makes GCC’s fight effective is a series of measures including contact tracing and curfews.

The recovery rate in Bahrain is over 83 per cent with a total of over 29,000 cases recorded so far. Of the six GCC nations, United Arab Emirates (UAE) has conducted more than 3.5 million tests till date, especially in Dubai, Abu Dhabi and Sharjah. The recovery rate there is 78 per cent, when compared to the total cases.

Over the last few months, GCC nations controlled the spread of the virus to a large extent by imposing restrictions at public places. Now the authorities are allowing a gradual easing of curfews at urban centres and even opening air spaces. The National Emergency Crisis and Disaster Management Authority of the UAE has launched a health and safety advisory outlining all precautionary measures to be followed in hotels and service industries.

The manual addresses social distancing measures, cleaning and sanitisation of guest rooms, health checks of hotel staff and guests, hygiene protocols, in addition to regulations on operations of restaurants, cafes, swimming pools, beaches, health clubs and other utilities at these establishments.

Meanwhile, Emirates and Etihad, both leading airline companies in the UAE, have already announced that they will operate flights to 49 destinations across Asia, Europe and Australia this month. UAE’s aviation ministry has decided to resume transit flights via Abu Dhabi, Dubai and Sharjah airports.

Saudi Arabia on the other hand, after reviewing the epidemiological situation and the high occupancy levels of the intensive care units, has decided to further tighten health precautions in the city of Jeddah for a period of 15 days starting today. However, domestic travel through air and land will be allowed, and entry into and out of Jeddah will not be restricted outside the curfew hours.