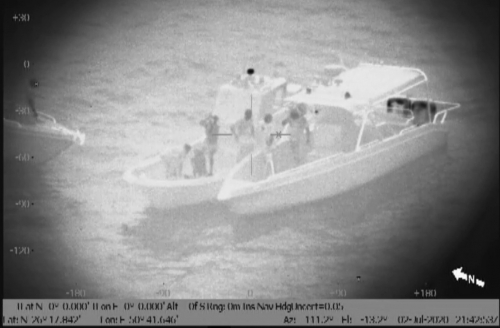 Three sailors were rescued after their boat sank while they were in the open sea last week, the Ministry of Interior reported last night. According to the Ministry, the sailors were able to cling to lifesaving equipment and managed to get enough of a signal to make a call with a cell phone to the main operations room.

The Coast Guard and other rescue teams were able to respond immediately, eventually rescuing the sailors after four hours in the water. According to the Interior Ministry, the operations room received the call at 6.52pm on Thursday night by a citizen stating that the boat he and two of his companions were in had sunk in the region off the Hidd coast, amidst strong water currents.

Coast Guard Command and Police Aviation Command were informed at once and quickly launched a search. The Ministry said that despite the sailor’s poor cell phone signal, the operations room was able to maintain communication and coordinate their location until they were rescued.