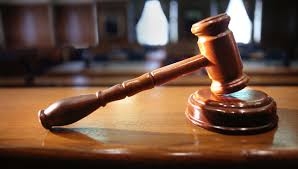 Two men have been recently arrested for their participation in a human trafficking and prostitution case that involves a female housemaid. One of the men apparently convinced the victim, who’s a female domestic worker, to escape her employer’s house, after he offered her a better job, which eventually turned out to be flesh trade. The first suspect then “sold” her to the second suspect, who detained her, forced to have sexual intercourse with male clients, and collected the money.

These details were mentioned in a press statement announced yesterday by the Public Prosecution. In the statement, Capital Governorate Chief Prosecutor Nawaf Al Awadhy explained that the woman was initially detained in an apartment in Manama and later sold by the first suspect to the second. The victim managed to eventually escape and seek help from the police, who arrested both suspects and referred the case to the Public Prosecution.

Mr Al Awadhy added that the prosecution heard the victim’s testimony and ordered to admit her in the Expats Protection Centre in Sehla. The Prosecution also interrogated the suspects, remanded them and referred the case to the concerned court.