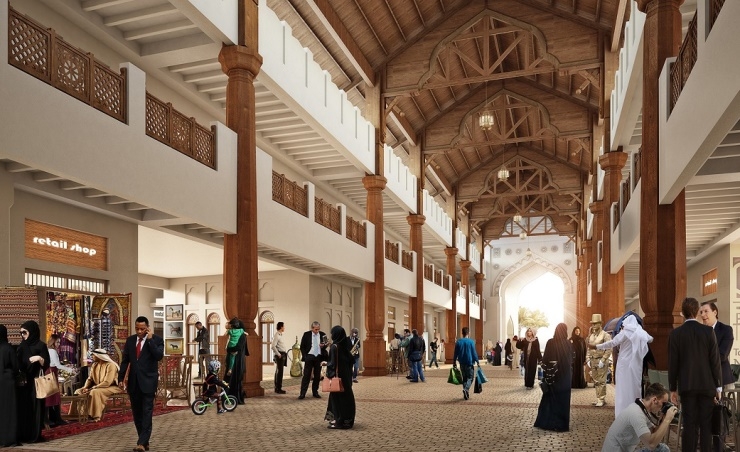 The laying of foundation for Souq Al Baraha, an integrated market in Diyar Al Muharraq featuring over 470 retail stores, has been announced.

“It is with great pleasure that we announce the laying of foundation for the Souq Al Baraha project that will be a great and unique addition to Diyar Al Muharraq," Ahmed Alammadi, Chief Executive Officer of Diyar Al Muharraq, said.

"The market will include a variety of shopping options, serving the needs of both residents and visitors. The design of Souq Al Baraha will reflect the unique architectural culture of the Kingdom of Bahrain, in line with our eagerness to establish a Bahraini identity throughout various residential and commercial projects in the city."

Diyar Al Muharraq, one of the largest real estate developers in Bahrain, said they were looking forward to establishing Souq Al Baraha, located in the heart of the city amongst the residential communities, through the highest standards and launching it according to the set timetable.

All the necessary preparations to begin work on Souq Al Baraha have been completed and Almoayyed Contracting Group has been appointed to complete the entire project and officially launch the project to the public by the end of the first quarter of 2021.

Souq Al Baraha is set to include shops that sell fresh produce and food items, such as the fish market, fruits and vegetables market, meat and poultry market, general household goods, tailors, gold and jewelry shops, and traditional Bahraini products ranging from foods to handcrafts.

It will also have restaurants, cafes, a family recreational center, public facilities, a fuel station, a mosque, and a supermarket.