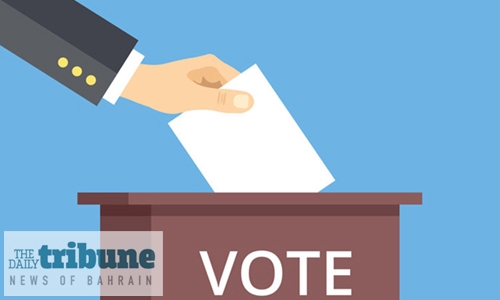 A parliamentary proposal, which aimed to enable citizens abroad to vote in the municipal elections was shot down by the Shura Council.

The council stated that there is demand from citizens for such an opportunity and such measures would come only with a high financial cost. Since municipal councils serve only Bahrainis residing in Bahrain, Bahrainis abroad may not find it necessary to vote, the council stated.

Although the parliament decision affects citizens residing in Bahrain and abroad, municipal council has little affect outside of the country.  The proposal to allow non-resident Bahrainis to vote in the elections was submitted by the Public Utilities and Environment Committee of the parliament.

Currently, Bahrainis living abroad are only allowed to participate in parliament elections only. The parliamentary and municipal elections most recently held in 2018 were highly successful.  There were a total of 365,467 citizens who were confirmed eligible to vote in the the 2018 elections, according to the the Executive Committee of the 2018 elections.

The voters’ lists were confirmed after the High Civil Court of Appeals completed the examination of all the appeals submitted to it by voters against the decisions of heads of supervisory centres.