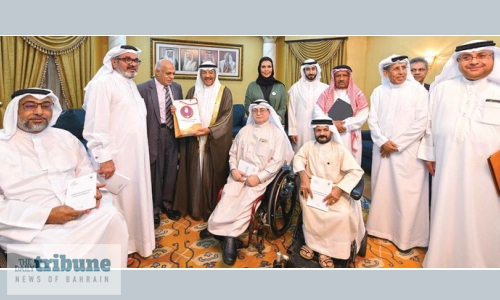 This came during the launching ceremony of a book on the legislation and resolutions related to people with special needs, yesterday. The ceremony was attended by Shura Council members as well as Presidents and representatives of associations and private institutions.

The book is considered as the dividend of the recommendations of “We Work Together to Achieve Legislative Aspirations” conference which was held by the Shura Council on July 3 and 4. The Shura Council Chairman praised people with special needs, stressing keenness to build on the kingdom’s achievements in serving this category by passing laws and modernising legislation to achieve their aspirations.

He lauded the efforts of the committee in charge of carrying out the recommendations of “We Work Together to Achieve Legislative Aspirations” conference, under the chairmanship of lawyer Dalal Jassim Al Zayed, the Head of the Legislative and Legal Affairs Committee.