A land of tolerance | THE DAILY TRIBUNE | KINGDOM OF BAHRAIN 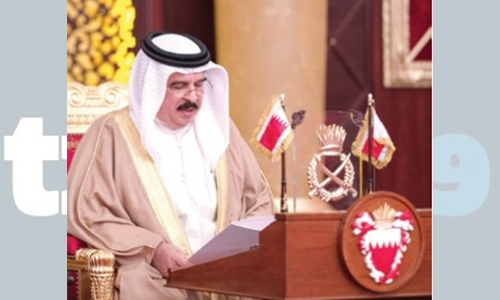 A land of tolerance

HM the King welcomed them all hailing their activities and fruitful co-operation to promote Bahrain’s efforts in boosting social tolerance through laws and institutions. “We have been able through this pioneering experience to preserve the stability of our homeland and the unity of our people, known for their civilisation and their adherence to the human values that are rooted in peace and harmony, and based on respect for all peoples and religions, values that stem from the essence of our Islamic Sharia,” the King said.

“This month, the world celebrates the importance of tolerance in peoples’ lives as an essential means of achieving peace and the survival and continuation of humanity,” His Majesty added. “We are proud to say here that we have never felt that the approach of tolerance in our country is “contrived” or “emergency practice”, but rather is embodied as “civilised behaviour and inherent practice,” HM the King said.

“The Kingdom of Bahrain will always to be the home of pluralism and a beacon for cultural harmony and religious and human coexistence,” the King said, stressing the openness and cultural interaction marking society in Bahrain, which contribute significantly to the strengthening of human communication. His Majesty pledged to continue promoting the vision and mission of peace, and to bring people of all cultures and beliefs together, in faith and commitment to the values of love, tolerance and harmony.

High  Representative for the United Nations Alliance of Civilisations Miguel Ángel Moratinos delivered a speech hailing the world of pluralism, tolerance and diversity that  nurtures and enriches Bahrain’s society “The Kingdom of Bahrain has more than a hundred religious places, including Christianity, Buddhism and other religions. These places of worship constitute a multicultural and multi-religious society that has lived for years,” he said.

He stressed the importance of Bahrain’s Declaration which carries this importance message and rejects all forms of hatred and discrimination that reinforce these negative aspects. He pointed out that the The King Hamad Global Centre for Peaceful Coexistence reflects these concepts on the ground.

Edict on self-sponsored residence permits to be amended