‘Fikra’ submissions to be received | THE DAILY TRIBUNE | KINGDOM OF BAHRAIN 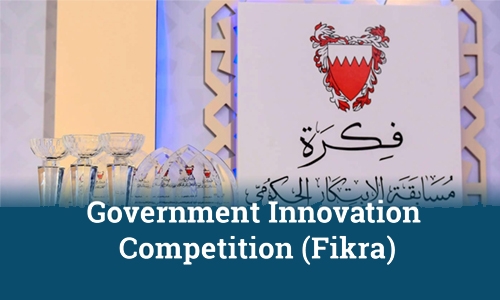 ‘Fikra’ submissions to be received

Following the directives of His Royal Highness Prince Salman bin Hamad Al Khalifa, Crown Prince, Deputy Supreme Commander, and First Deputy Prime Minister, during the Government Forum 2019 - held under the patronage of His Royal Highness Prince Khalifa bin Salman Al Khalifa, the Prime Minister; regarding the launch of the second edition of the Government Innovation Competition (Fikra), the Office of the First Deputy Prime Minister announced that is now accepting submissions.

Fikra aims to promote a culture of creativity and innovation among government sector employees, which supports excellence in government services to the benefit of the Kingdom’s citizens. Fikra’s second edition will contribute to reinforce the government’s determination to stimulate competitiveness, accelerate the completion of projects, and further develop government performance, in line with Bahrain’s Economic Vision 2030, which is underpinned by the principles of sustainability, competitiveness, and fairness.

The Government Innovation Competition (Fikra) is open to all public sector employees. Individuals or groups (up to four people) can submit their proposals at the website of the Office of the First Deputy Prime Minister http://www. fdpm.gov.bh. The closing date for entries is 6 November 2019.