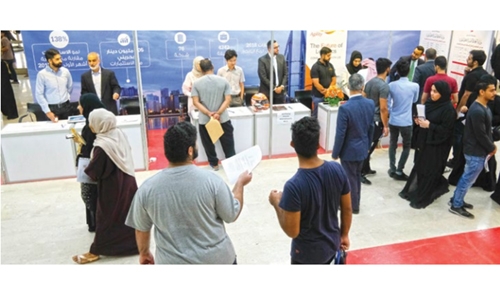 The Ministry of Labour and Social Development has issued a statement, refuting claims that appeared in some of the local newspapers and on social media networks that it has been imposing a fee of BD2,500 on trainees who fail to complete training programmes. The statement said that all training programmes provided by the ministry to jobseekers are free of charges, and the trainee jobseeker shall not bear any fees or expenses incurred for the training course at any stage, even if they don’t complete it successfully.

“This policy has been conveyed to all institutes that train jobseekers, who are sent by the ministry, and what has been raised in this regard has been addressed in the framework of the ministry’s strategy to qualify citizens and provide them with various professional skills to accelerate their facilitation of their integration into the private sector establishments in the labour market,” the ministry said. The courses run by the ministry generally focuses on improving English and computer skills apart from teaching work ethics after taking into account the demand set by the labour market.

“They, which generally run up to three months, aim to strengthen the abilities of jobseekers to perform various types of tasks,” the ministry said. Meanwhile, the ministry affirmed that a special and intensive programme has been prepared to recruit graduates for an advanced programme. The Labour Ministry has been implementing many strategies including the National Employment Scheme to reduce the unemployment among the citizens. Many jobs fairs were also organised the ministry to help jobseekers find better jobs in the private sector.

HRH the Premier had said the programme will revolve around four key initiatives including an awareness campaign to encourage citizens to register in the National Employment Programme, an increase of compensation fees and fees associated with the Parallel Bahrainisation System and Flexible Work Permit, as well as a redesign of Tamkeen’s Training and Wage Support Programme. Fees associated with the Parallel Bahrainisation System have been increased from BD300 to BD500, while the flexible work permit registration fees will be increased from BD200 to BD500, with a recurring monthly payment worth BD30.

Minister of Labour and Social Development Jameel Humaidan, who encouraged Bahrainis to register in the new programme, had said the ministry has been continuing to monitor unemployment rates. Dr Ibrahim Janahi, the CEO of Bahrain’s Labour Fund (Tamkeen), pointed out the programme would help redesign Tamkeen’s wage support programme within one month.

‘Fikra’ submissions to be received