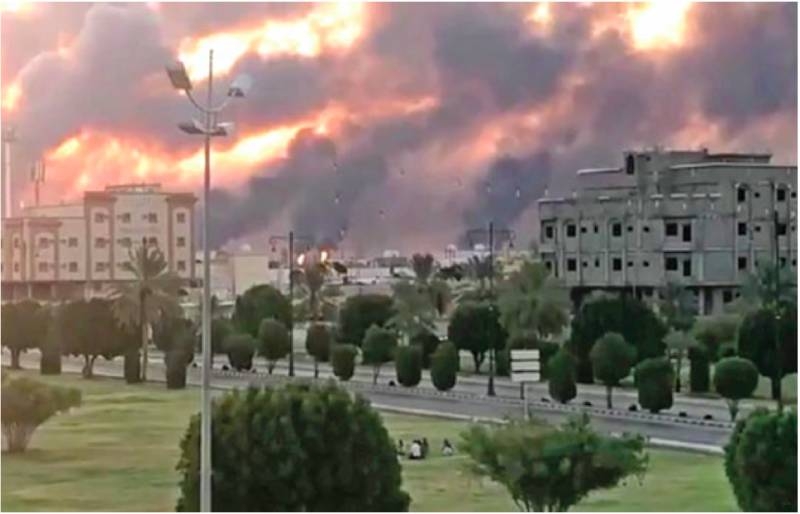 Bahrain yesterday strongly condemned the terrorist attack that targeted two Aramco oil facilities in Buqayq and Hijrat Khurais in the Kingdom.  The Foreign Ministry stressed the unwavering stance of the Kingdom in supporting the Kingdom of Saudi Arabia against all forms of terrorism and attempts to undermine its security and stability.

The ministry further affirmed the Kingdom’s support to all measures taken by the Kingdom to defend its interests and reinforce regional and international peace. The UAE also condemned Saturday’s Houthi rebel attacks on two Saudi Aramco facilities. The Ministry of Foreign Affairs and International Co-operation denounced the drone attack as a “terrorist and subversive act,” adding it is new evidence of terrorist groups looking to undermine security and stability in the region.

One attack struck a major oil facility in Abqaiq, which is near Dammam in the Kingdom’s Eastern Province. The ministry identified the other area targeted as the Khurais oil field, about 250 kilometers south-west of Dammam. “At 4 am on Saturday morning, Aramco’s industrial security teams fought two fires in two of the company’s facilities in Abqaiq and Khurais after they were targeted by drones,” the ministry said in a statement carried by the Saudi Press Agency.