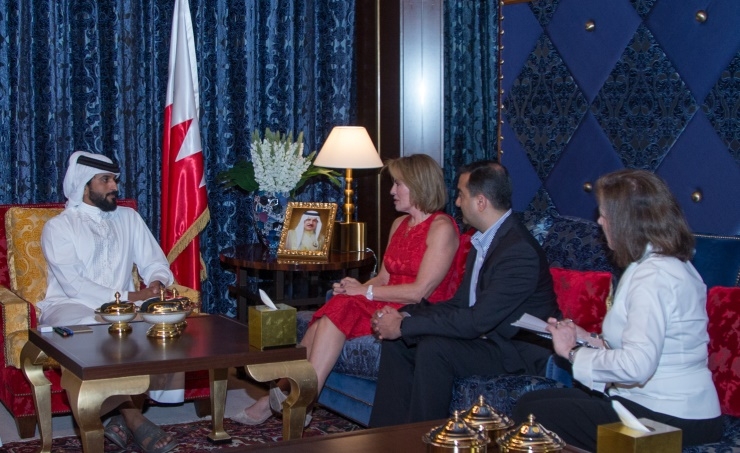 He added that choosing Bahrain as a center for Middle East data by Amazon Web Services (AWS) will substantially contribute to boosting the Kingdom’s comprehensive economic development and enhancing its status in the technology and cloud computing field. He noted that this choice will also cast light on the kingdom’s civilizational and development achievements.

He also praised Amazon’s joining of “Opportunities” program, which is overseen by the Ministry of Youth and Sports Affairs, and keenness to provide Bahraini youngsters with training opportunities in its offices in Bahrain. Teresa Carlson lauded HH Shaikh Nasser’s interest in the activities carried out by Amazon in Bahrain in the technological and cloud computing field, pointing out Bahrain’s status as a regional center in the Middle East.