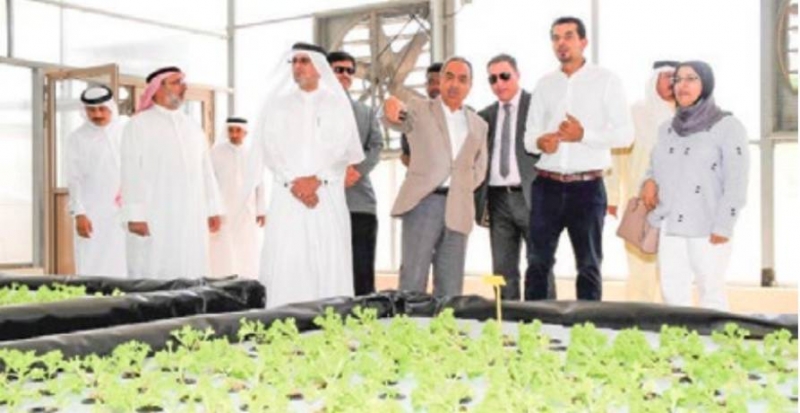 Minister of Works, Municipalities Affairs and Urban Planning, Essam Khalaf, yesterday stressed that partnership with the private sector is essential for enhancing food security in the Kingdom. This came as the minister visited the premises of Dar Aqua Company in Hoarat A’ali, along with Undersecretary of Agriculture and Marine Resources, Dr Nabeel Mohammed Abu Al Fateh, and a number of officials.

Mr Khalaf was briefed about the company and its work progress and mechanisms by its Director-General, Abdulla Al Fahal. The minister affirmed that the government’s strategy is based on supporting the initiatives of the private sector to implement development projects that constitute an added value for the national economy.

He pointed out that Dar Aqua Company represents a unique Bahraini experience in providing fish and vegetables that are produced in a safe environment, which enjoys the government’s interest, as such projects aim to provide food products to consumers.