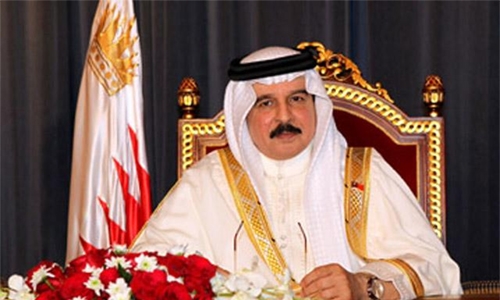 His Majesty King Hamad bin Isa Al Khalifa held a phone call to get reassured about the health of the Amir of Kuwait His Highness Shaikh Sabah Al Ahmed Al Jaber Al Sabah. HM the King prayed to Allah the Almighty to bless the Amir of Kuwait with abundant health and well-being to continue leading the march of progress and progress for his brotherly country and people.

Shaikh Sabah has been admitted to a hospital in the US for medical tests, and thus rescheduled a meeting with President Donald Trump, Minister of Amiri Diwan said Sunday. Shaikh Ali Jarrah Al Sabah said the hospital admission of His Highness the Amir forced the postponement of the summit meeting with Trump, and a date would be set later. His Highness the Amir was scheduled to meet with Trump on Sept 12.

Media freedom ‘one of the main pillars of democracy’