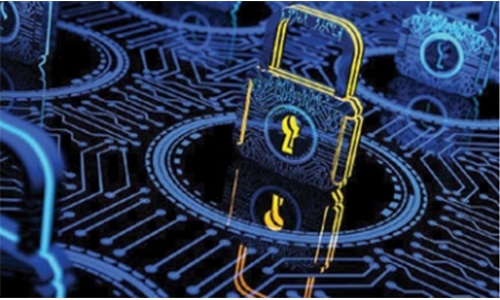 Around six million cyber attacks were thwarted by the Information and eGovernment Authority in the first five months of the current year, it emerged.

According to iGA, these attacks mainly targeted government bodies in the Kingdom. “This is in addition to the 830,000 malicious emails that were also dealt with,” the iGA said. The Kingdom has been under constant cyber-attacks in recent years, according to cyber experts. The past few years have seen a considerable escalation in cyber-attacks against Bahraini government and private entities, they point out. Information and eGovernment Authority (IGA) Chief Executive Mohamed Ali AlQaed said that iGA has not had any issues in dealing with the attacks, and so far all attacks have been dealt with success without causing any downtime to government or private entities.

“Bahrain and this whole region have been under the attack constantly in the past few years and we have been dealing with them as needed. The positive aspect is that there has been no major downtime because of these attacks. “Organisations and businesses did not have to close for any considerable period of time because of these attacks. Normal operations have continued despite these attacks,” he said. Last year it emerged that Bahrain was one of the countries being targeted by an Iran based cyber-spies group Leafminer.

The cyber espionage group Leafminer released a threat actor to target many countries in the region and Bahrain was one of them, according to US cyber-security firm Symantec. The sectors that the cyber-terror group targeted included the telecommunication, energy, financial services, transportation, and government sectors. However, Mr AlQaed affirmed that there have been no reports of attacks in Bahrain by Leafminer.  Meanwhile, Bahrain’s Economic Development Board (EDB) entered into a partnership with Kaspersky Lab to bring cybersecurity-related course-material sourced from the global cybersecurity expert to the University of Bahrain and Bahrain Polytechnic.

The deal aims to raise the level of cyber-readiness and prepare a mechanism to ensure skilled and qualified talent available for the needs of the Kingdom. The course material, compiled by Kaspersky Lab, is enhanced with real-world scenarios that cybersecurity specialist professionals may face on a regular basis.

The EBD and Kaspersky Lab will also seek to include this course material in additional relevant curricula in the Kingdom, with a view to broadening the available skill base in the coming years. The training includes deepdives into subjects such as Security Monitoring and Cyber-Threat Hunting; Malware Reverse Engineering and Incident Response and Digital Forensics.