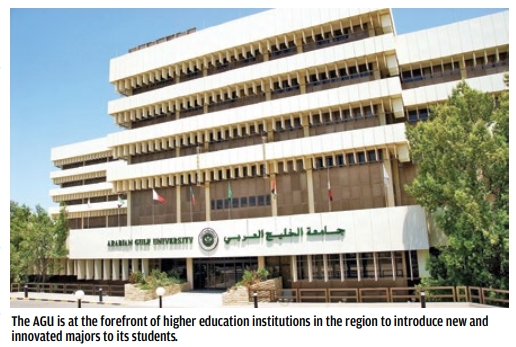 The College of Medicine and Medical Science in the Arabian Gulf University (AGU) has announced that it is launching a Master’s programme in Regenerative Medicine by the beginning of the upcoming academic year 2019-2020, becoming the first university in Arab countries and the region to offer such a new and innovated major.

The announcement comes within several new graduate studies academic programmes that were confirmed and approved during the 85th meeting of the university’s Board of Trustees held in Oman in March this year. On the occasion, Molecular Medicine Assistant Professor in the College of Medicine and Medical Science in AGU, Heart Surgeon and Stem Cell Specialist Dr Sfoug Al Shammary said: “This unique and innovated programme, which is also known as the medicine of the future, is provided for the first time in universities in Arab and regional countries.” He said that AGU is at the forefront of higher education institutions in the region to introduce new and innovated majors to its students, similarly to leading and prestigious international universities.

Dr Al Shammary announced that registration for the programme will be soon opened, adding that it is aiming to benefit doctors and medical professionals in GCC States. He also explained that distinguished professors from Japan, Austria, the United States, Canada and the United Kingdom will be in charge of teaching the two-year programme, which focuses on two main specialisations; stem cells and anti-ageing.