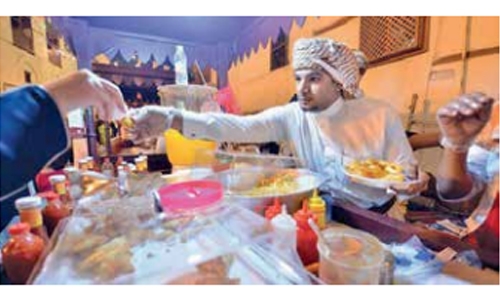 Traditional foods and beverages become particularly important to families and individuals during the holy month of Ramadan. Naturally, then, the evenings when people break their fasts become a unique opportunity for culinary-based businesses and street vendors in Saudi Arabia’s towns and cities, and a chance for young Saudis to make quick cash.

Majid Al-Sahafi, from the Jeddah Chamber of Commerce, says that during Ramadan, young people in the city can do well by selling food and beverages, or by working in logistics, sales and transport, helping to deliver and sell food to people returning home following afternoon prayers, and shopping in preparation for iftar. Qassem Al-Duraibi, a Jeddah resident, says he enjoys seeing young people in public squares, streets and markets, selling samosas, kanafeh sweets and kibdah (fried liver).

It is a useful way for youngsters to learn the value of hard work, reaffirms the importance to people of the cultural heritage that surrounds the holy month, and provides a useful injection into the economy. As well as selling vast quantities of food, young Saudis also specialize in traditional Ramadan beverages, especially subya (made from barley, dried bread, raisins, sugar, cardamom and cinnamon).

Many continue their work even after the end of Ramadan, having honed their business and cooking skills, experienced the rush of competition to sell produce, and seen the rewards on offer by serving fellow citizens through the culinary industry