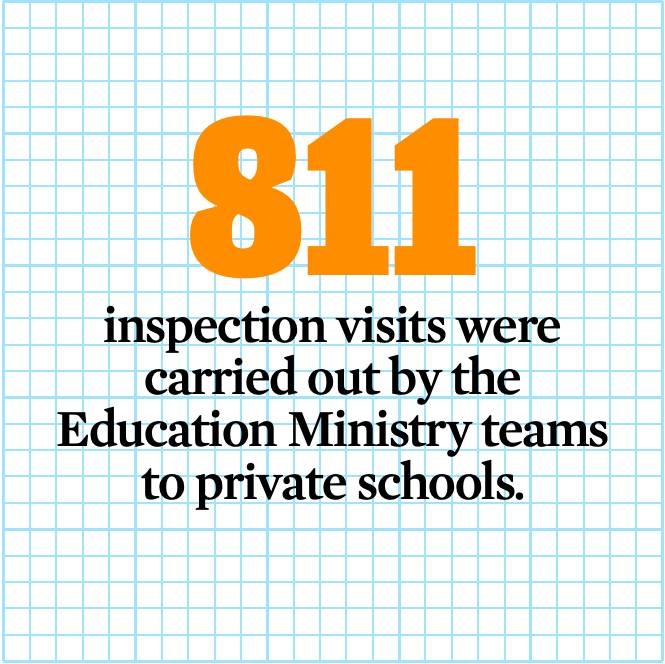 The Ministry of Education has issued 110 warnings to private schools and educational institutions after discovering violations while carrying out inspection visits, sources said. Unsafe electrical connections, employees residing on the school campus and changing buildings without permission were among the violations found at the educational institutes, the sources added.

“One hundred and ten warnings were sent out to private schools and institutions in the country after the authorities made nearly 850 follow-up visits. “Out of the inspection visits, 811 were made to private schools while 41 visits targeted educational institutions under the Ministry of Education itself. The visits were made during the period from January 2018 to February 2019.

According to the Ministry of Education officials, a number of violations were noted and the concerned schools and institutions were warned. The ministry is taking every required measure to end all violations across all educational institutions of the Kingdom, they said.

“The inspection teams could spot many violations including unsafe electrical connections, employees residing on the school campus as well as some schools changing buildings without permission. “The violations noted also included lack of proper emergency exits, poor storage facilities, and the construction of facilities without proper permits,” a ministry representative said.