Blockchain can help VAT | THE DAILY TRIBUNE | KINGDOM OF BAHRAIN 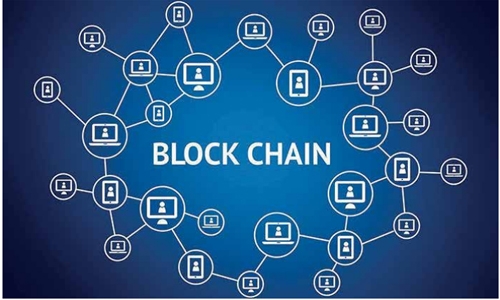 Blockchain, the revolutionary technology which has been steadily gaining popularity in recent years can greatly help in the implementation and management of VAT, according to an expert While VAT is expected to boost revenue for the government, it comes with challenges related to TAX collection as well as issues related to companies that may try to evade taxes. Both issues can be addressed with the use of VAT, says a leading IT expert.

According to Yaqoob AlAwadhi, NGN International CEO, blockchain can help facilitate tax collection without added costs of intermediaries.  He said that blockchain can cut VAT administration costs by eliminating the need for third-party intermediaries: agents, escrow, trusted banks, and many others that according to him “slows down the entire transaction process”. “Blockchain is a safe and effective tool for the management of value-added tax. This technology would contribute to reducing the costs of managing Tax and accelerate its collection by 80 per cent,” he said.

He urged the government to be a pioneer in the GCC in using “Blockchain” in the collection of value-added tax, “as this technology eliminates the role of intermediaries such as accounting companies or banks between the merchant and the government.” “Blockchain speeds up government access to tax revenues from the final consumer of the service or Item, and also accelerate the process of refunding the merchant and supplier of the tax”.

“There are estimates that the value-added tax will boost state budget by 300 million Bahraini dinars per year, it will contribute 1.6pc of GDP, however no one wants the cost of collecting this tax to be greater than its revenues through the need for a huge staff, spending on consulting firms, or many deliberate or unintentional tax evasion,” Al-Awadhi added. Blockchain, Al-Awadhi said, has seen a rapid rise in popularity from being used in the cryptocurrency space. “Now this technology has evolved dramatically and is now used in multiple areas, such as network administration, copyright and ownership, digital identity, energy, e-voting, and private and public sector management.”

“We believe blockchain to be a great aid for the taxation system,” he stressed. According to him, the key strength of Blockchain is its secure and transparent nature. “Anyone interested can see a chain of blocks with transaction details but changing, adding, or removing of any block is not possible.” “Unlike electronic tax invoices, which are entered into a database and can be exposed to third-party interference, blockchain is free from such vulnerabilities.

“The system can track VAT-related financial flows and monitor the fulfilment of taxpayers’ obligations in real time, with no chance for fraudsters to conceal any transaction or get an illegal VAT refund or offset,” he said. The blockchain is being adopted for VAT collection in Kazakhstan where the government decided to move the taxation system to blockchain by 2020 in order to combat various tax evasion schemes.

First batch of VRS optees to be relieved by January end