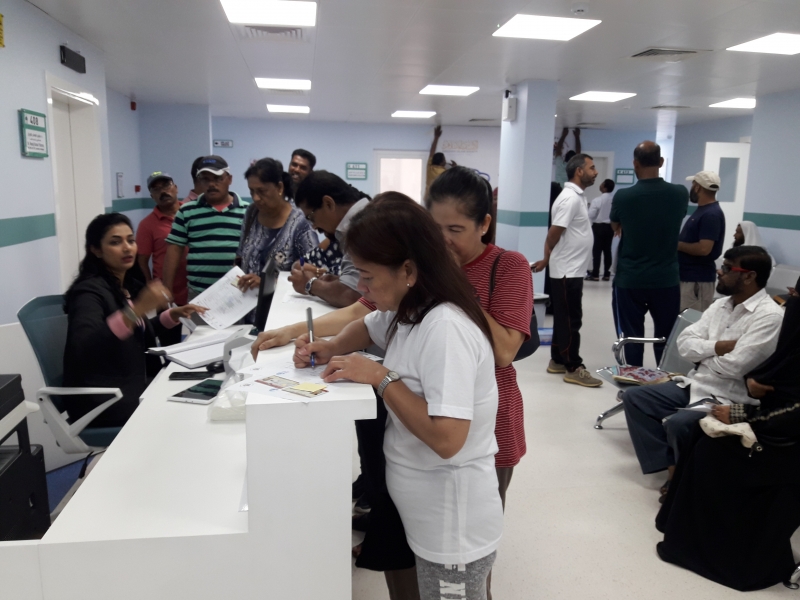 To help workers cope with the end of the summer work ban and to help them ‘beat the heat’ a charity initiative is being run until the end of summer.

The work ban may have ended but volunteers in Bahrain hope to provide relief through other means. The initiative by Discover Islam was launched on August 31 just as the summer work ban ended. Sayed Haneef, a representative of Discover Islam said that the initiative is being held to ease the difficulty experienced by the workers during the summer heat.

He said that hundreds of boxes containing food and water have been distributed across Manama and Muharraq. “The temperatures are still high, and so this initiative is aimed at helping workers cope with the heat. We cover various areas across Bahrain and we provide food and water.

“We have set up a makeshift table at bus stops where we base ourselves during the drive. We provide the aid to those at the bus stop, those who are waiting for the buses, workers who are passing by or even the bus drivers who also appreciate such help. “The packets we distribute include a bottle of water, a banana, an orange an apple and a cap. We have distributed it to cleaners, construction workers or anyone we think needs the help. We have covered areas in Manama as well as Muharraq. Hundreds of packets have been distributed so far, we plan to continue this until the end of summer.”

Prosecution witnesses to be heard in arson case