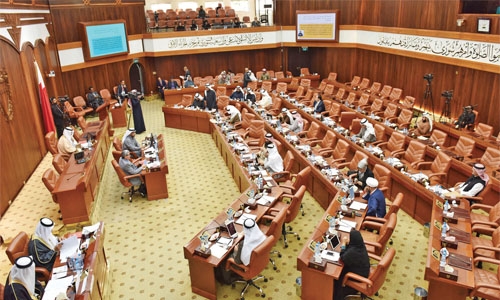 Manama : MPs insisted in their weekly session yesterday to prosecute those involved in corruption and treat them as criminals.

The proposal came as the majority of lawmakers voted for a bill to compel the National Audit Office, which inspects the operation of official authorities, to refer any violations of criminal suspicion to the Public Prosecution.

The bill comes to amend Article 11 of Law 16 of 2002 concerning the National Audit Office. The amendment compels the office to refer administrative and financial violations that termed to be criminal and are detected in official establishments to the judiciary authorities, as the existing text gives the office the choice to do so or not.

The MPs’ approval comes despite the rejection of Shura Council, the second chamber of the Legislative Authority in the Kingdom, to the bill. They insisted that it’s important to combat corruption in government authorities.

In the session, a report issued by the Financial and Economic Affairs Committee in the council supporting the bill was discussed.

Committee Head Abdulrahman Buali explained how the bill was passed by the House of Representatives last year and that Shura Council rejected. He asked his fellow MPs to pass the bill, serving the efforts to combat corruptions and hold those involved in such cases responsible for their actions.

On his part, the Government’s representative in the session, Shura Council and Representative Council Affairs Minister Ghanim Al Buainain, clarified, “The existing text allows the National Audit Office to refer the criminal cases to the Public Prosecution in case solid evidence is available. The amendment compels the office with the same procedure in cases of any criminal suspicion. It’s not a simple process to accuse individuals based on only suspicions. This may harm the accused and their reputation to refer them to the Public Prosecution in the lack of solid evidence against them. This text should be reconsidered and this is why the Shura Council rejected the bill.”

After long discussions among the MPs on one side and the minister on the other, the majority of MPs insisted on passing the bill and returning it to the Shura Council for more discussion and approval.