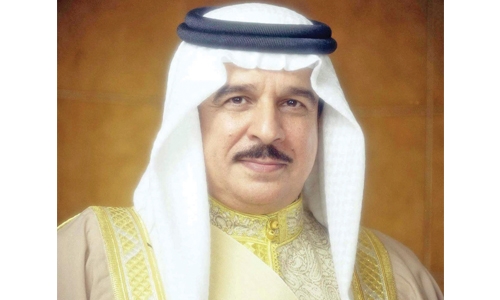 Inter-faith dialogue centre to be officially opened on March 14

Manama : The King Hamad Global Centre for Inter-Faith Dialogue and Peaceful Co-Existence will be officially inaugurated on March 14.

She made the announcement at a ‘This is Bahrain’ event held in cooperation with US Simon Wiesenthal Center in Mumbai, India, in the presence of interfaith representatives, academic figures and diplomats from all over the world.

“The campaign was launched to promote Bahrain’s cosmopolitan society and the wise philosophy advocated by His Majesty King Hamad bin Isa Al-Khalifa to foster co-existence and tolerance, being the only viable paths to counter extremism and terrorism,” she said.

She highlighted three unique projects in the world which epitomize HM the King’s vision of co-existence and tolerance – The Bahrain Declaration, the King Hamad Chair for peaceful coexistence at the La Sapienza University of Rome and the King Hamad Global Centre for Inter-Faith Dialogue and Peaceful Co-Existence.

The King Hamad Global Centre for Inter-Faith Dialogue and Peaceful Co-Existence was launched in Los Angeles in September 2017 in the Presence of HM the King’s Representative for Charity Works and Youth Affairs His Highness Shaikh Nasser bin Hamad Al-Khalifa and other key figures.

“This is Bahrain has since received positive messages of support from religious leaders, academic personalities, politicians and heads of states who look forward to taking part in the pioneering project- for Bahrain to become the ‘The Switzerland of the Middle East’”, said Mathieson.

She commended years-long deep-rooted relations binding Bahrain and India, adding that religious freedom is a core right enshrined in both countries’ constitutions.

She said the diverse Indian community in Bahrain epitomizes the Kingdom’s religious liberties and tolerance – adding that the Sikh Temple dates to more than 200 years.

Bahrain’s cosmopolitan society comprises the Sikhs, who take part in all religious festivals, alongside the Bahara, the Bahai, Muslims, the Christians, the Buddhist, Jews and representatives of other Indian faiths.

“All faith followers living in Bahrain have the freedom to exercise their religious liberties and build worshipping venues,” she said, commending the Indian community’s contribution to Bahrain’s development, being an integral part of Bahrain “big cosmopolitan and multi-cultural society”.

US Simon Wiesenthal Center Rabbi Abraham Cooper hailed the King of Bahrain Declaration which, he said, was launched by a courageous Arab and Muslim leader, in a region where extremists exploit religion to spark divisions and fuel hatred, violence and terrorism.

“The time has come for all religious leaders to take the initiative and advocate tolerance and peace and help usher in a new path built on mutual respect, not just tolerance, which is the core message of HM the King,” he said.

He hailed the opening of King Hamad Global Centre for Inter-Faith Dialogue and Peaceful Co-Existence in March 2018, saying that the milestone would epitomize the King’s support to tolerance and respect for others.