We work perfectly together | THE DAILY TRIBUNE | KINGDOM OF BAHRAIN 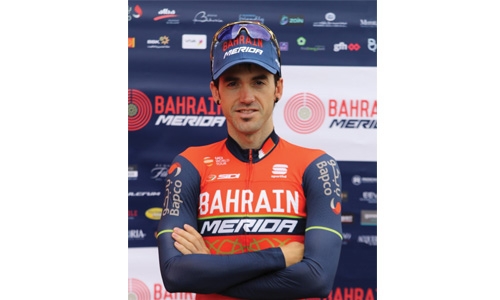 We work perfectly together

Manama : Bahrain-Merida’s Gorka and Ion Izagirre have navigated the tricky path of professional cycling together since 2011. Some siblings enjoy the type of rivalry that only a brother or a sister can provide but when Gorka’s contract at Movistar was up the Izagirre brothers were keen to work together again.

They are two years apart in age but you can count on one hand the times that Gorka and Ion Izagirre have competed on different teams. Their choice of Continental teams, in the year ahead of turning professional, was different, while Gorka stepped up to Euskaltel-Euskadi a season before his younger brother.

Last season, Ion switched to Bahrain-Merida team while Gorka stuck it out another year at Movistar before joining forces with his brother.

“It feels like when you are at home,” Gorka told Cyclingnews of riding with his brother. “After four years in Movistar, in my head, I wanted to have a change. Ion is here and that is a perfect situation. Bahrain also gave me an opportunity and it was an easy choice.”

Ion, the younger of the two Izagirre brothers, believes that their styles of racing complement each other.

“We work together perfectly, his personality and my personality. We want to race together as much as we can,” explained Ion.

“It’s nice being together. We’re brothers and it is nice to be on the same team, before at Movistar and Euskaltel, and now here. We complement each other. For me, it’s very important to be with him on this team. It gives me confidence in the races.”

Are they better when they race together? “Yes,” was the simple response from Gorka.